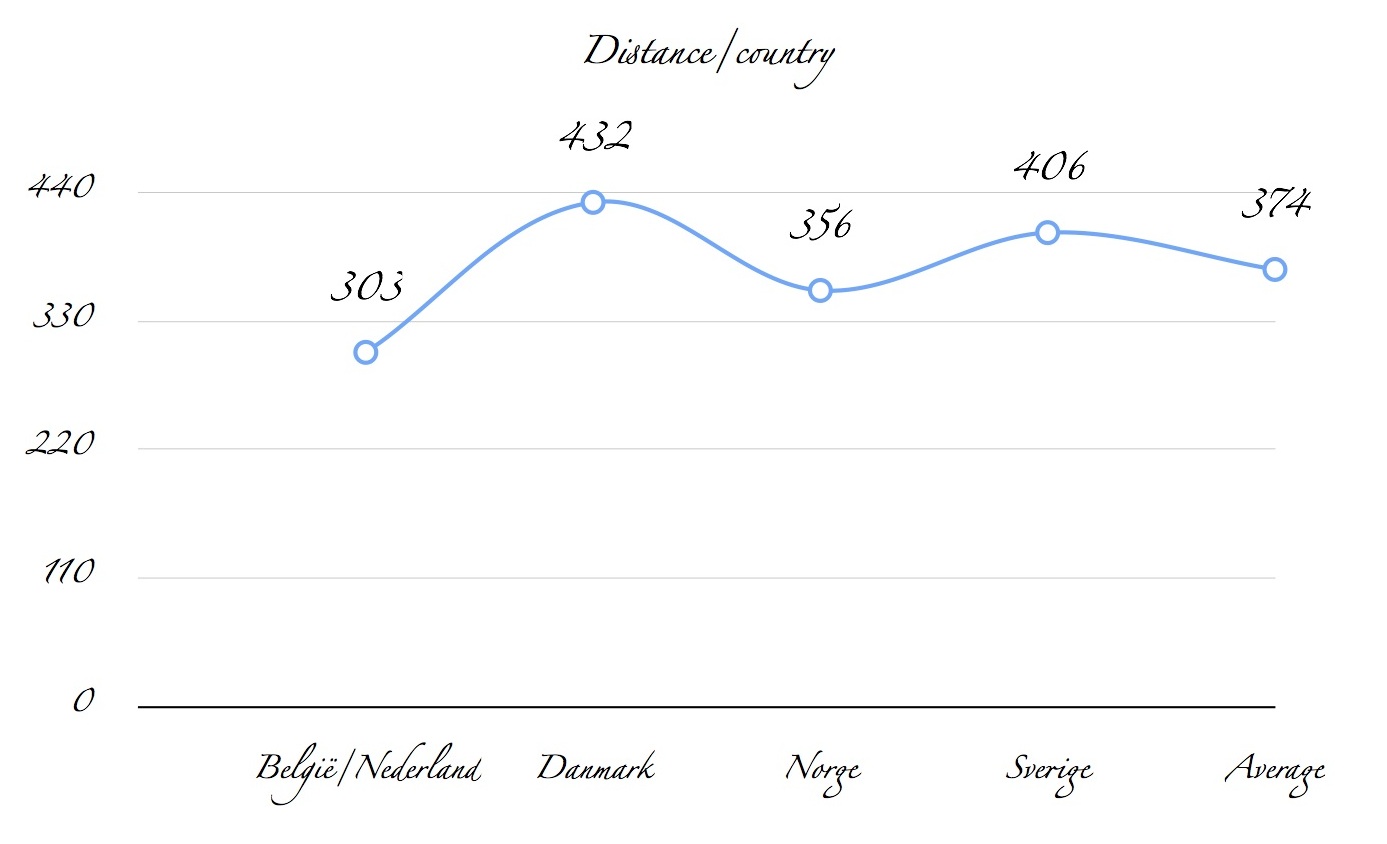 During the trip we went through the effort of logging some data on each riding day like average speed, ride time, maximum speed. Here are a few numbers:

For the geeks we’ve added a few charts showing the differences between countries.

As you see, we travelled shorter distances in Sweden, cycled fastest in Belgium & Holland and had the longest riding times in Denmark 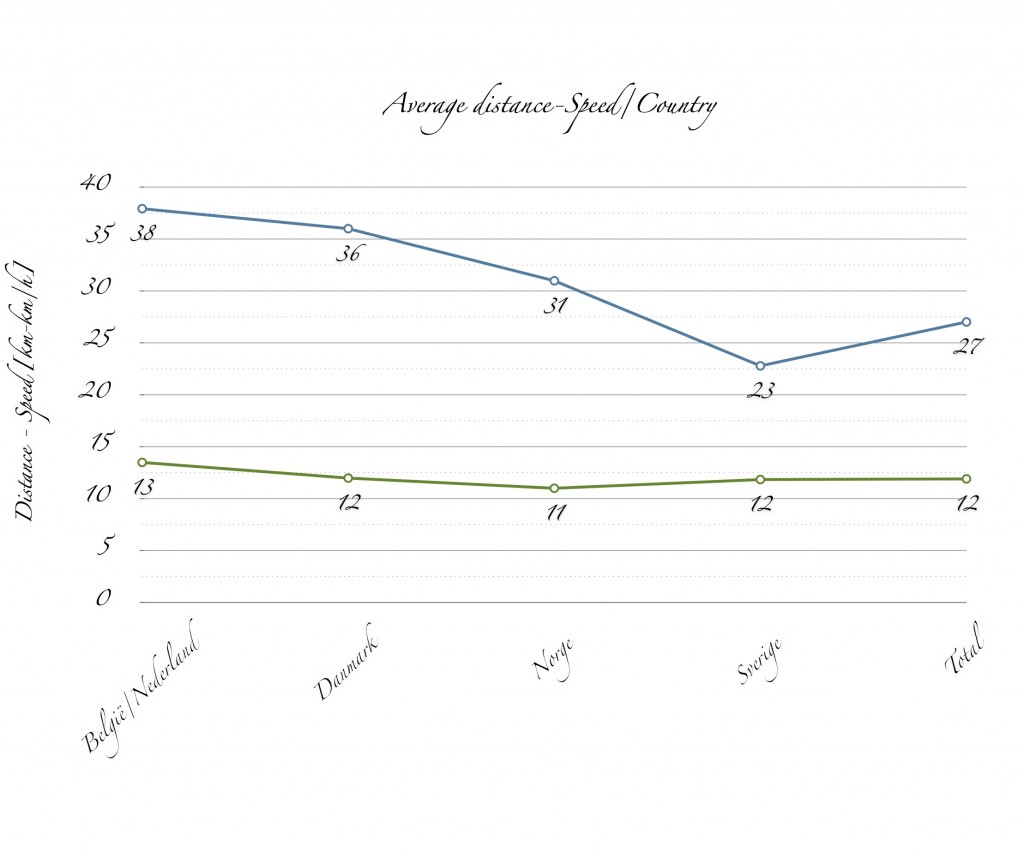 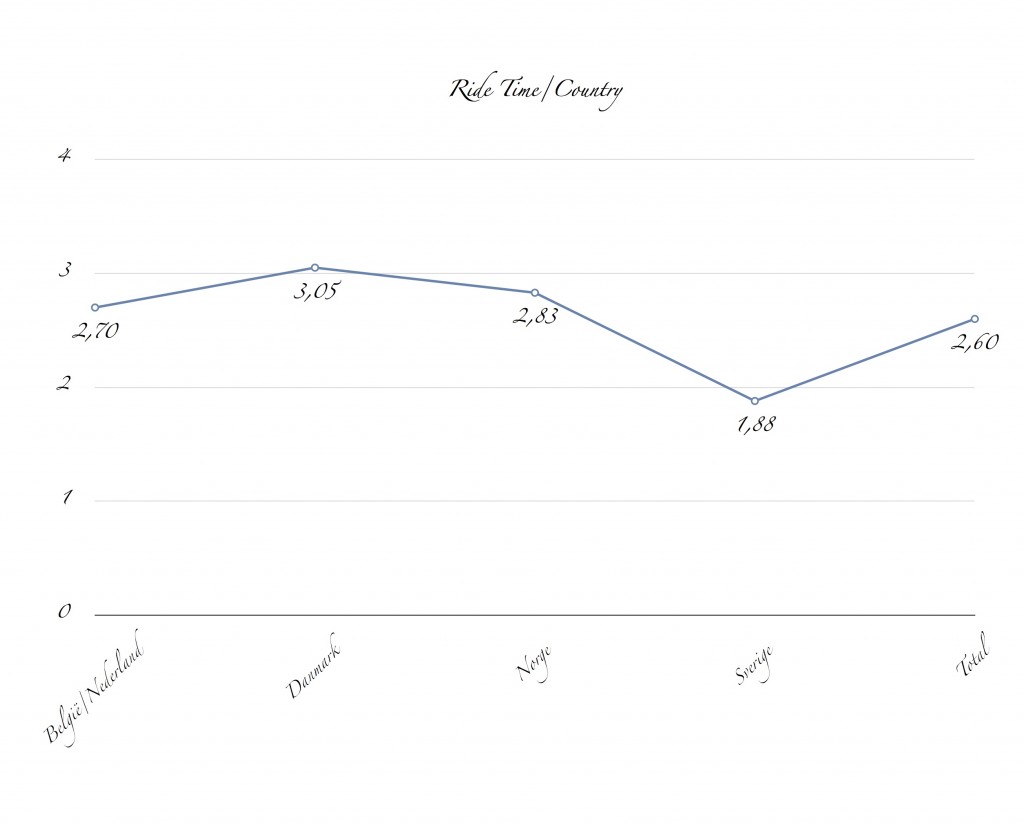 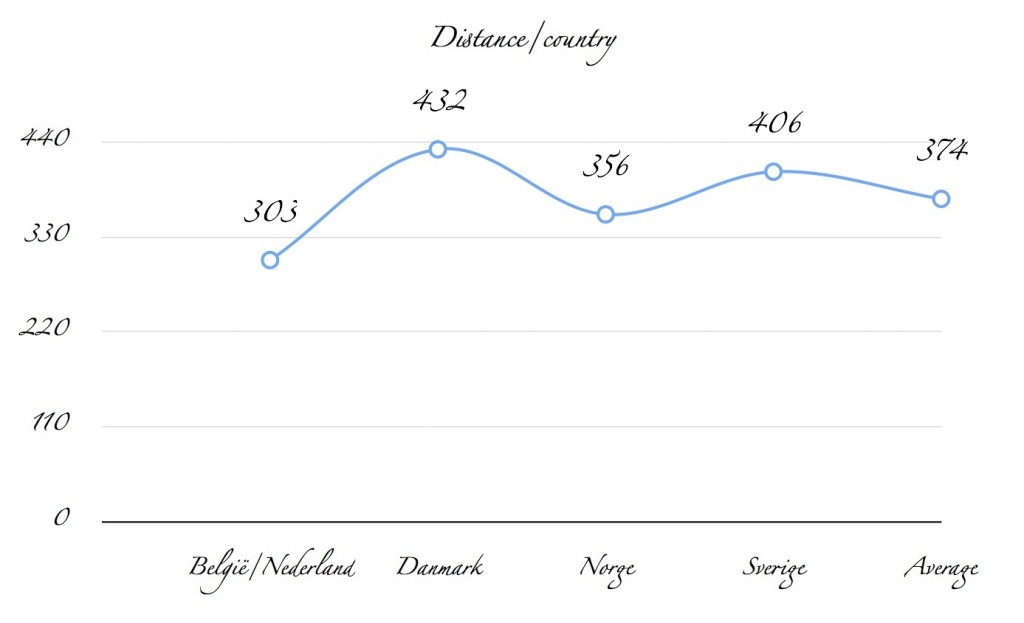